Apply for a tender- but how?

Established by the European Union in 2007, the ERC is the premier European funding organization for outstanding exploratory research. You can win from any country in Europe, but you have to apply and write a suitable proposal.

On 26.09.2022, the International Cabinet of the ELHA Secretariat invited researchers and proposal staff who have written or intend to submit ERC proposals and would like to learn about the evaluation process to an evaluation forum.

- These calls have been running for many years. Why is there a need for this series of events, the first of its kind?

- The International Cabinet of the ELKH has rightly concluded that if we want to increase the success rate of European proposals in research institutions, it is necessary to hold information days to help Hungarian researchers working in ELKH or independent institutions to succeed in their proposals.

- Why start this series with the ERC?

- There are many different types of European proposals, and consortia proposals in the different thematic areas of Horizon 2020 require different skills and expertise. However, as the deadline for ERC proposals is now approaching for all three age groups, the ERC was chosen.

- It has been clear for years that we receive more applications from countries with smaller populations, that the Finns, for example, have a much higher participation rate and success rate, and that this needs to be improved. As an ERC winner yourself, what do you think is the reason for the less successful Hungarian performance?

- The same as I said there. If the applicant is not aware of exactly what the ERC review process is like, even if he has a good idea, he cannot write the B1 and B2 documents he needs to apply for in order to be successful.

- Are the calls for proposals not clear enough?

- There are one or two things you need to know. On the one hand, there is the topic of the proposal, what to include and what not to include, what stylistic devices can be used to immediately grab the judges, to make it credible that the idea is truly groundbreaking and that, although there is a high risk of its feasibility, success is a high risk-high gain.

This must be made very clear, understandable, convincing and at the same time simple in the B1 document. It is important to know that in the first round of the competition, where the majority of people, about 80%, are thrown out, it is almost guaranteed that none of the ten reviewers on the panel in my field of expertise will be familiar with the narrowest field in which my research fits. And so it is not only with neuroscience, which we know from experience is huge, but it is the same with medicine and all other fields.

Therefore, these particular first five pages have to be written in a way that is both convincing and professional, but at the same time easy to follow for a general neuroscientist.

- This goes out to 6-8 experts, and here you MUST describe the experimental steps in detail to prove that you are able to do it, it can be done, and should be done.

- How many people came, and even more since the organizers had written that they could not have more than 20 guests in the room, how many people joined online?

- The small meeting room was full and about 50-60 people registered online.

- Then, judging by the number of interested people, it was a successful event. Did the questions also indicate real interest?

- Yes. They were specific, so presumably, they were asked by people who were actually preparing to submit an ERC application.

- How will the success of this event be measured?

- Of course, the number of successful applications may be an indication, but obviously, a single event, a short initiative of one or two hours, which can only broadly prepare an applicant, is not enough.

Real success can only be expected if some sort of mentoring organization - a mentoring process between the successful applicants and those who are now applying - is put in place. This is quite common abroad.

What is more, the ERC itself provides mentoring, but there needs to be an intermediary who can arrange for the applicant to contact someone who can help with his or her topic. This is theoretically in place at the RTD.

- It's no secret, you said yourself, that you sent your own proposal to several ERC winners to read and that their advice was very helpful. Others could do something like this, and I am sure more are taking advantage of the opportunity, but why doesn't everyone do it?

- You have to ask them, but I think that one of the reasons for that is professional secrecy because you have to have a lot of trust in the person you send it to, and also because they are afraid of criticism.

- Getting a harsh critique is no fun for anyone, nor is having to completely rewrite an entry, but you did it and won, so it was worth it - although you might have won without it!

But on a more serious note, it's a rather paradoxical situation that while we boast about the clever people in our midst, there are hardly any who will try such an excellent opportunity.

- There must be at least two reasons. The first is that we Hungarians are not at the top of our game at the moment in terms of individual ambition and creativity. There is a dichotomy whereby, although you think you are better than the rest, you do not think you are good enough to apply. You don't have confidence in yourself and you think "I'm not going to make it, why bother".

- And what is the other side of the coin besides the individual side?

- I think that's a bit sad. At the moment, Hungarian science funding does little to support that certain cutting-edge research.

In Hungary, it is relatively easy to get by with mediocre science, and there is no desire for the truly outstanding. It could be said that the current scientific assessment does not reward excellence well. It is heaven and earth to meet the Hungarian and ERC requirements for scientific performance. So much so that it is either this or that. So far there has not been such a big difference.

- It is very sad indeed.

- At least this initiative was a good one! Take for example that it has been said many times that you cannot win an ERC without a Science or Nature article. It is now clear that you can!

So much so, that it is said at the beginning of every panel discussion, and no one can argue otherwise. Even Nobel Prize winners can drop out at the ERC judging - a joy to watch!

- You don't need a Nature article, but a Nobel Prize is not enough. So what can lead to success?

- You had to submit an application that was "punchy", that led to something very new, and you had to have an article on the topic you submitted that you clearly did, that you didn't have your name in the middle of the author's list and that was cited by many. The fact that someone is cited a lot can be a good sign even for a less prominent journal. 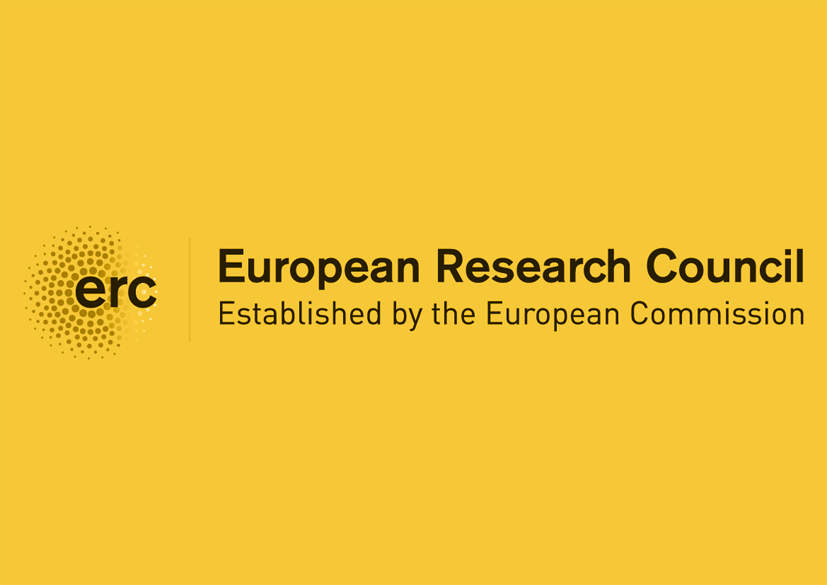