A member of a scientific academy is expected to have outstanding knowledge and achievements. This is also true when it comes to the pan-European Young Academy of Europe (YAE), of which Csaba Cserép has been a member since August.

Although the world's oldest schools of excellence were established in China, Egypt, and India - some of them are still in operation today! -Europe boasts the first universities, the first to award academic degrees upon graduation.

(Even though titles and ranks were very important in ancient Egypt, the main aim was not to obtain academic titles.)

The first academy was founded by Plato in the grove of Akademos in the fourth century BC, in 387 BC. It was modeled on the Accademia Neoplatonica, founded by Cosimo de' Medici in the 15th century, almost 2,000 years later, and it was only after this that academies began to spread in Europe alongside universities (universitas), mainly as art-oriented higher education institutions. From the beginning of the 19th century, the meaning of the word was broadened to include not only education but also an academic body. This was the sense in which Széchenyi used it when he proposed the foundation of the Hungarian Academy of Sciences.

But one thing was certainly similar throughout its almost 2,500-year history. To go to the Academy, to be a member of the Academy, is certainly a kind of privilege - a kind of excellence. Even to enter an academy of arts implies a far greater than average talent, and to be a member of a scientific academy implies outstanding knowledge and achievement. Getting into the academies of Plato and probably of Cosimo Medici was not primarily a question of money, but of meeting certain criteria. This is still the case today, even in the academies of today, where it usually takes several rounds of selection to become a member.

In the majority of academies today, membership does not come with a monthly salary, some academics receive a monthly stipend that is significant compared to the average salary, and some academies require a membership fee to be paid by the person elected as a member. The money collected is then used for a charitable and noble purpose in a mutually agreed and regulated way. These include the Academia Europaea, founded in 1988, and the Young Academy of Europe, a partnership of young researchers established just ten years ago in 2012.

One thing is for sure, whether it is a membership fee or an honorarium, everyone is happy and proud to be accepted as a member of a prestigious academy. And the old truth that no one can be a prophet in his own country is sometimes borne out here too. It is certainly not only in our country that someone has become an academic in a foreign academy before he or she has become one at home. It's worth mentioning because a few weeks ago we received the news that our versatile and highly talented colleague Csaba Cserép had been elected a member of the Young Academy of Europe (YAE).

Professional excellence and international recognition are the requirements for YAE membership, but it is also important that the candidate has an independent research group or a successful grant application, and that his/her scientific policy interests and activities are also examined. Two referees are of course also required. And that the newly elected member is indeed an outstanding researcher in his/her field of research can be demonstrated by a presentation at the first international conference with YAE participation after his/her election.

In our Institute, Csabi is well known to all microscopists and almost all those who use other techniques. That he deserves YAE membership is not a question for them, but how many of them know the YAE may be a question, and for this Csabi as a member can give a credible answer.

- The YAE, as you mentioned, is not such an old organization,  having existed for ten years, it is effectively the young researchers' branch of the Academia Europaea, founded in 1988.

Its stated aim is to gather and communicate to decision-makers the current problems and opinions of the younger research community in an organized framework. It is also a major charitable organization.

Personally, I also consider it important that problems and ideas arising in the early stages of a researcher's career can be reflected in the decisions affecting the design of funding schemes, funding, and the evaluation of scientific work.

- To what extent can success in science policy have an impact on progress in scientific careers?

- I could not say exactly whether there is a correlation and how much, but I would like to believe that it is not too strong. I would consider it appropriate if scientific progress were predominantly a function of the professional work done. Obviously, it is commendable to take up a position(s) in social work and work for the community, but this should in no way be a substitute for professional achievements.

- Membership of the YAE is by application, and the 'big' Academia Europaea is by nomination. Have you thought about which procedure might give a better, more credible result?

- I can't judge and can only say that I probably wouldn't have applied on my own. My heartfelt thanks to Katalin Solymosi, YAE's elected board member and Vice President for Recruitment, for bringing this opportunity to my attention. She was one of my referrals and helped me a lot during the membership recruitment process.

- Why did you let yourself be "talked" into applying, what do you want to achieve in this organization?

- I had four themes in mind that I would like to gauge receptivity to and address depending on that.

The first of these is the issue of the shortcomings of the research career model, such as excessive and sometimes counterproductive support for mobility and fragmentation of larger groups.

The second is the tendency, over several years, of an increasingly pronounced shift in publication trends, with the obligatory push for 'big stories'. Thirdly, motivating young people to commit themselves to a career in science and helping them to find their inner drive. Science should not be seen as a business, as a job that only pays, it should be a vocation. The fourth issue, which is significantly less important than the previous ones, is the problem of the cost of open access (OA) publishing.

- All are timely and it is not only young researchers who would benefit from change and change. Is the order of the list also a priority for you?

- Yes, the first two of these are of real concern to me. I don't think it is good that during a research career a change of lab is so overrated and that complete independence is almost forced out. I also find it a very big problem that a study that beautifully circumscribes an interesting biological phenomenon, showing it from several perspectives at a high level, is almost impossible to publish at a higher level without a juicy "story" behind it, a feature...

- Please explain this a bit more, because many people think that by doing so, they will immediately find a function for the phenomenon described, just to prove its importance!

- The real problem is not that it is not possible to add some additional results to the material at the cost of some extra work, but that this may - if necessary - significantly narrow the possibilities for the follow-up of the discovery.

- Why narrow it down if the result is real?

- Because no one can guarantee that the journal editor's 'story-hunger' will lead to exactly the right functional experiments. It could easily be that, based on that very honestly done descriptive study, another group could make a much more valuable discovery in a few years. However, the likelihood of much more broadly interpreted research to find the relevant biological function is reduced if every initial discovery is immediately "required" to be accompanied by a mechanistic explanation since this is likely to set the scene for further thinking.

- This is certainly not something many people think about, but it is a valid point!

But let's return to your tasks, which have increased this year, even though you have enough on top of your work. As befits a former Olympian, you continue to work - you compete in sailing, you are involved in scientific associations, in addition to your many national and international sports policy positions.  You have also just become a board member of the Hungarian Microscope Society and have immediately taken on a role that requires constant attention and activity. How do you manage that?

- Indeed, I have taken on many responsibilities in many areas recently and I would not be able to manage all of this in addition to my work if I did not have a secure family background and did not receive so much help from Eszter in all areas.

- What are your plans? Your own group?

- I'm not thinking of having my own group, but it's not because I'm afraid I wouldn't be able to manage the task, in fact, I would. But since you asked, I would refer back to the problem of the shortcomings of the career model and the application system that I mentioned once.

Why should I become completely independent of my current group and leave these subjects and the research community if I want to have my own tender? If something could be interesting for me in the future, it could be more of a "hybrid" solution, with partial independence and further close collaboration on giant projects, within a meritocratic hierarchy. We should develop a model for this on the funding side because I think there is a demand for it.

I feel extremely comfortable in Adam Dénes' group and I am very motivated by the freedom to work. Ádám also gives me plenty of opportunities to implement my own ideas, and there is also a very effective and good way of thinking together, whether it is conceptualizing and coordinating projects, writing articles together, or leading on a topic. This year Anna Kellermayer, who is starting her MD Ph.D. studies, is our third joint student after Balázs Pósfai and Anett Schwarcz.
And since behind every major scientific achievement is a complex team effort, I think that such a partial achievement at the individual level - such as gaining YAE membership - is ultimately the merit of the whole team.

<< Micromanipulation: somatic microglia-neuron connections in the developing brain
Apply for a tender- but how? >>

Csaba Cserép and the YAE 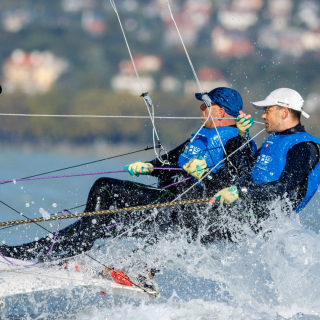 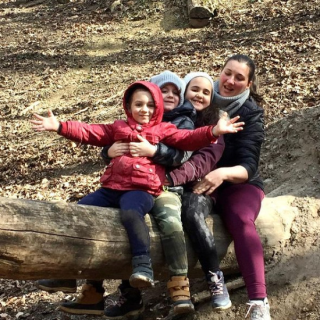 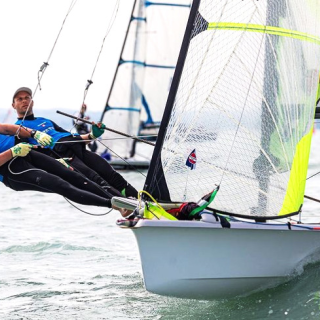 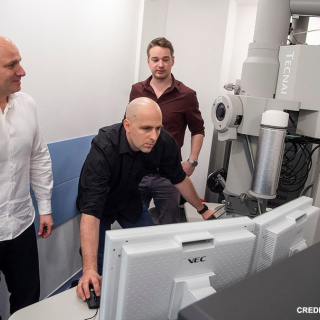